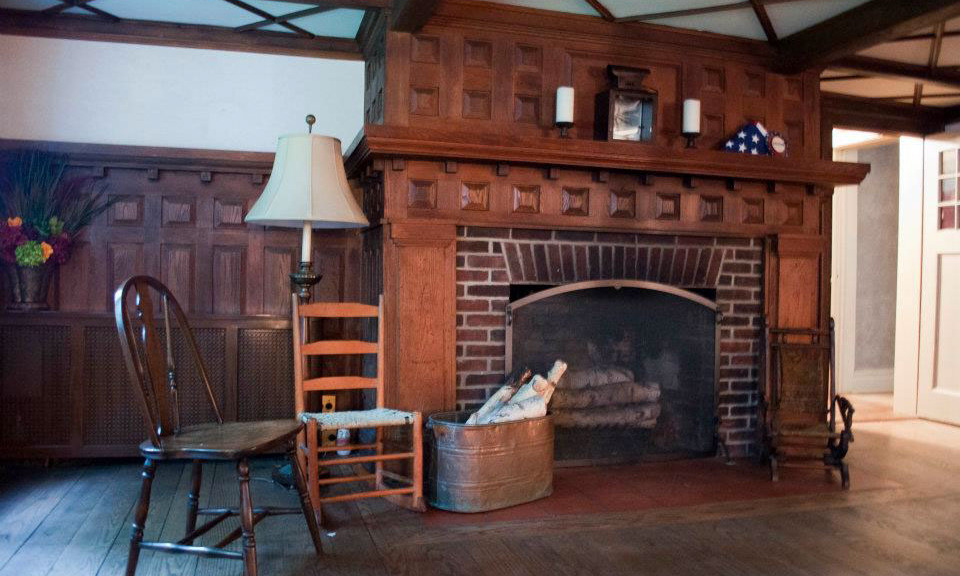 The “Mansion House” formerly belonging to John Fell Esq. was mentioned in Bergen County deed R:182, dated July 1803.  We know from maps and written data that the house was standing on the spot at the time of the revolution. Portions of the existing house appear to be of Revolutionary or pre-Revolutionary age, one of the older rooms in the house employs a ship’s masts as a supports, reportedly from one of the Fell merchant vessels.

John Fell Bergen County Patriot was a merchant who before the Revolution had vessels plying the Hackensack and Passaic Rivers.  He lived in Allendale at his home called “Peterfield,” known now as the Fell House.  Fell served the county as a Justice of Peace, a judge of the court of common pleas, and served the county as a member of the Provincial, a member of the New Jersey Council.  As a member of the First Continental Congress of the United States, John Fell ratified the Constitution.  For more information on the Ratification of the Constitution, see The Avalon Project at Yale Law School.

During the revolution,  John Fell had a reputation as a “great Tory hunter.”  On April 22, 1777 Fell was taken prisoner at his home by a band of 25 Loyalist raiders and imprisoned in New York City. Fell was paroled on January 7, 1778 and was permitted to go home on May 11, 1778.   Judge John Fell kept a diary while he was a member of the Congress for the State of New Jersey from November 6, 1778 to November 30, 1779.  The original is kept in the Library of Congress.

Joseph Warner Allen
He stayed as a house guest of the owner, John G. Ackerman.  Joseph Warner Allen, an engineer between 1846-1848, surveyed the course of the Paterson- Ramapo Railroad through this part of Franklin Township.  The town of “Allendale” was named after him.

Stephen Cable
The daughter of former owner Stephen Cable, Mary Emma (Mrs. James A. Reading) first conducted a Sunday school in the home of her parents. In 1873, the school was moved to an old barn opposite the Cable house. This Sunday school grew to become the Episcopal Church of the Epiphany, the oldest church in Allendale.

General Adam Badeau
In 1892-1893 General Adam Badeau, summered in the Fell house.  He was the military secretary to General (later President of the U. S.) Ulysses E. Grant from 1864-1866, and later Consul General at London.

Joseph B. Taylor
The Cable family retained ownership of this house until 1912, when Joseph B. Taylor bought the house.  He was born in Brooklyn about 1868 and his grandfather, William Taylor was the founder of the Columbian Iron Works in Brooklyn, suppliers of iron for, among other projects, the Brooklyn Bridge.